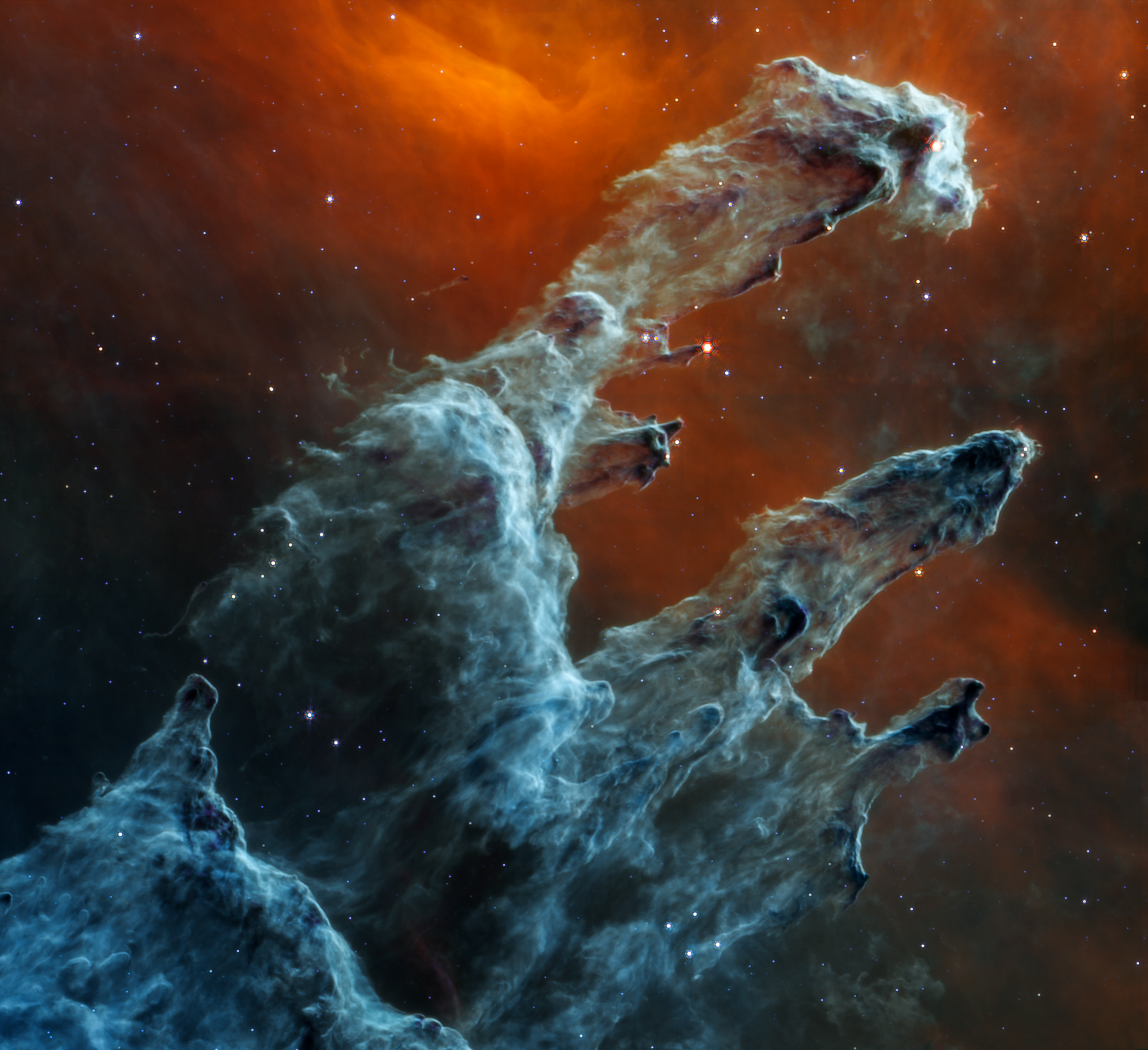 The US space agency Nasa has issued a second image of the famous “Pillars of Creation” taken by the new super space telescope, James Webb. This week we get a rendering of the active star-forming region as seen by Webb’s Mid-Infrared Instrument (MIRI). Last week, it was the observatory’s Near-Infrared Camera (NIRCam) that was highlighting […]

The post A second image of the famous “Pillars of Creation” has been revealed appeared first on The Khaama Press News Agency.

Donald and Melania Trump visit US troops in Iraq in Christmas...

The US president and first lady make an unannounced Christmas visit to US service...

Katie Bouman: The woman behind the first black hole image

Katie Bouman, 29, has earned plaudits for helping develop the algorithm that made...

The first ever picture of a black hole

Astronomers have taken the first ever picture of a black hole at the heart of a...

At least six police force members were killed and two more were wounded in an attack...

A report by the UN Monitoring Team released on Wednesday said that “the Taliban...